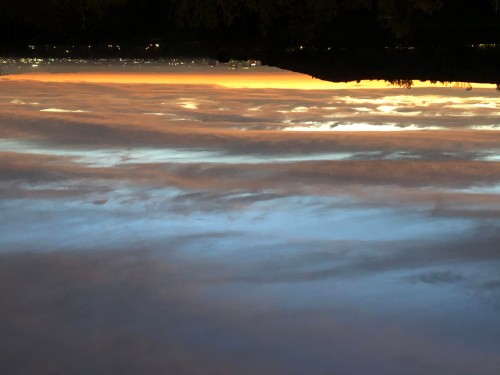 The irony was not lost to me that, supposedly, when my mother saw me for the first time, her words to me were, “Why do you come to this world to suffer?” I think I got that now. What I don’t get is, now she wants me to have a child of my own? I mean, I can only draw the conclusion that, my mother wants me to suffer just like she did. Well, this post should be about Chicago the city I just visited. A heck of an intro, not sure where that came from.

The buildings freaked me out. It’s like I was walking in the shadows of giants. We were all like ants down here that were constantly in danger of being stepped on. The crosswalks were where fun mini adventures happened where everyone’s trying to get away from where they were as quickly while appeared as nonchalantly as possible. I did not master that skill, I always felt like I owed those metal beasts my life.

Leo drove us around. He lived in the south outside of the Loop that’s so dangerous he dared not walking the two blocks to the nearest L train, day or night. So he picked us up, and drove us, round and round, missing all the exits and a few of the swimming-pool-sized potholes, showing us the neighborhoods, pointing out the spots where the supposed gangs and the police were having their nightly standoffs, where the under-cover police cars patrolling the Loop (rich and touristy area surrounded by “L” for elevated (?) train tracks), and where the Obamas used to live. Leo felt at home there, and I understood the attraction.

The Art Institute Chicago had Picasso, Rembrandt, and my favorite nutcase, van Gogh. I was face to face with van Gogh’s and Rembrandt’s self-portraits. Seeing their pictures, they were close enough to touch, to breath life into. They looked very much alive and living. It did not hurt that they looked as if they were searching for a connection with the viewer. It felt like they were at a loss for words, like they were looking for some answers that we had. Maybe that’s the connect we felt. They were looking for answers, probably the same ones we were after. That’s all we could do.

The house music was booming in the nearby stadium that had a flower-shaped backdrop. I did not pay much attention to the music scene, they were in the background. The Bean, or the Cloud Gate held my attention, or maybe it’s the crowd that it attracted. I was fascinated by the fascination of the crowd. The Bean reflected and distorted, people were happy about that. It’s a shinny object. It’s a soft object. It reminded me of those funhouse mirrors where you looked yourself up. It’s a single particular object surrounded by trees and grass and very happy people from all over the world. There’s soulful music playing, there were there police making sure everyone’s safe and being taken care of, there were rainbow ice cream. There was the Chicago skyline.

Chicago buildings were meant to be viewed from the river, I know that now. The buildings with those wavy curves, the green, reflecting, distorting glasses that
match the color of the river covered whole buildings, the whimsical, world’s largest you-are-here slab on the side of 300 South Wacker building, the art decos, the million dollar town houses, the river that got its flow reversed to get rid of trash, the Goose Island.

Time for some Green River lime soda, good thing the Second City had it on the menu. With the $47 ticket, we got a good view of the 1 hour and 45 minutes “best of” show, it might had run a bit longer, because the improvisers were having a ball, so were the audience. It was a first for me, and I do hope it’s not too high a bar to set. The soda was good too.

The Ale House was just down the street from Second City. There were drawings on the walls by the proprietor, as depicted in the late Anthony Bourdain’s “Part’s Unknown”. It’s surreal to be in there, drinking a pint, having a conversation with Bourdain’s ghost. Then in a burger joint called “Billy Goat” which we had to go down to a lower street level for (there were no less than 3 levels at certain parts of the city), there he was again, a ghost on a newspaper framed by the establishment. It seemed certain kind of people come to this place, the kind that I wanted to meet. It’s a bit comforting to know that even though some people were gone, I could still visit them in a sense. Today I learned that June 25th was designated as Bourdain day. I will drink to that.

Leo told us about the corruptions, the every day nuisances like potholes on the road that were allowed to persist and proliferate, the impossibility of digital navigation due to wildly bouncing signals, the rumored gangs, the terrible BBQ and Chinese food in the city, and the conspiracy theories and personal loyalties that were keeping the city alive and well. And when the winter comes, when the Lake Michigan wind brings the city to a crispy -30°C, the proud Chicagoans will curl up with their dogs, check on their neighbors and look forward to a nice round of deep dish pizza.

It’s the Second City, where I didn’t have to care if I was wanted there or not. 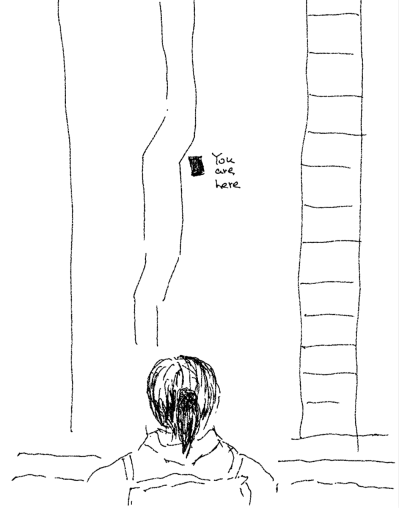 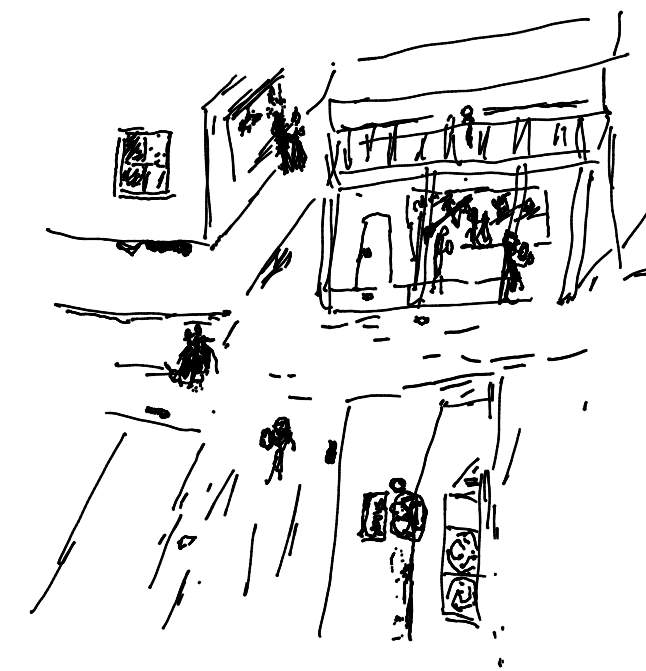 It’s 11pm on a Wednesday, needless to say, the party is just getting started on Bourbon Street New Orleans. The masquerades with high expectations are arriving. The arteries start to flow in earnest: the music, the beer, the human-misery undertone. The last one keeps the former two company nicely. Vacationers here for the Jazz fest huddle at the bar-counter reminiscing the good times they just had during the day. You can tell they are not that impressed by this crowd. For it is but a chaser, the crazy after-party that never seems to end. It’s truly a testament to human endurance on the locals’ part.
On the street, there is all kind of humanity now. Most of them holding their beer as if it’s the Holy Water that can protect them from whatever ghost from their past. What I think though is that they are here to secretly rendezvous with their ghost. A glimpse of the damp, dark but warm and storied grave that this must feel like, with shadows of people too sober to be recognized, and consciousness too drunk to recollect. It’s a good feeling, you can get drunk without the beer this way. Being among this many people cheering, split-second decision making around you, you can’t help but feel alive. And there’s danger too, even better. The indifferent paces signal that they have seen more and ignored for less. Things happen on the street, this is where we celebrate both the real and the unreal. In this fervent twilight, we party till dawn when our soul crawls back to sleep. 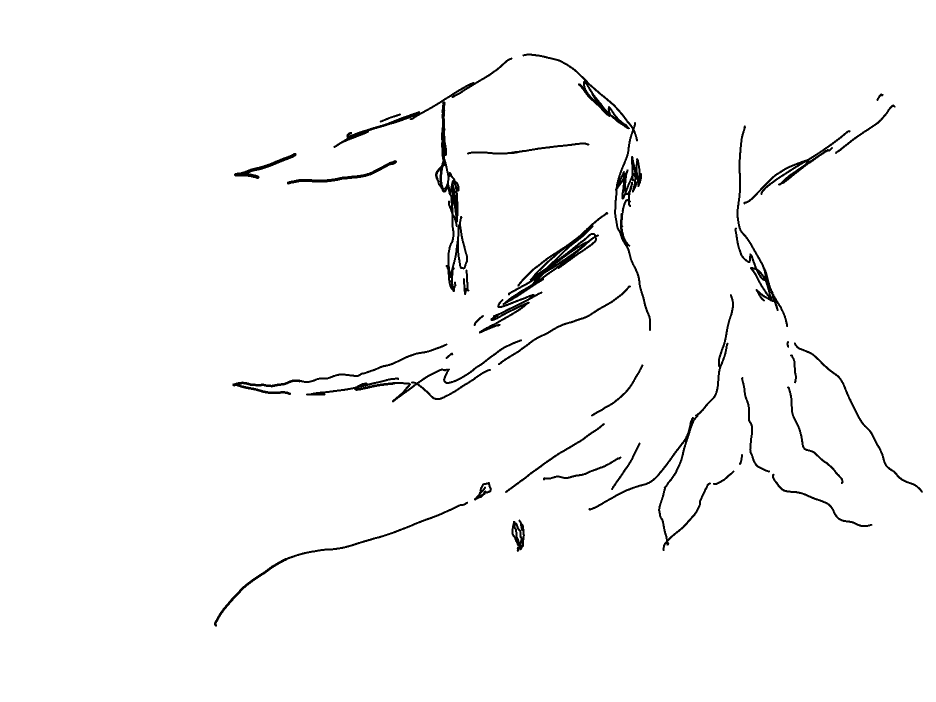 There’s nowhere I’d like to go but to visit the Tree of Life right next to the Audubon Zoo. I don’t know what an old oak tree should look like but this one looks young to me. And welcoming. With low trunk-like branches that shade you from the New Orleans sun and provide an almost hammock like nook for laying on. It is the tree of my dream. But I am reminded of something else that happened to the trees, or rather what these trees bared witness to. As I drink in the peaceful setting, on a warm afternoon, with other equally impressed visitors enjoying the same tranquility, I start to browse about lynching on my phone. If you want to look, remember Mary Turner. I try to unsee the torn black bodies hanging from the tree that I’m hanging about on. But something sweet hit the back of my tongue, to my surprise.
…
As I watch the Mississipi river flows before me now, carrying the cargos and garbages alike upstream and downstream, I can’t help but feel its disquiet. This river has been disturbed, and yet it’s silent like it’s gathering its strength. The sweetness transforms me, it soothes me to know that we are of the great people who are accepting of their fate, and still carrying on. 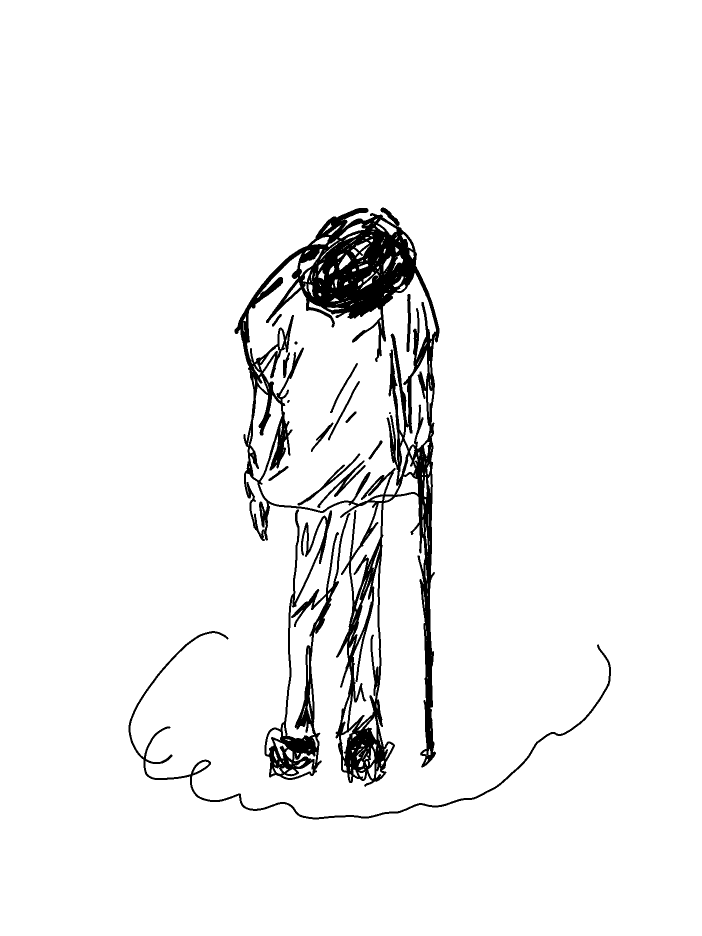 “Hey you! Can you buy me some food!”
The black lady came at me as if she knew me, that I owed her money. After the initial shock, I knew what to do. I smiled and shook my head politely ignoring the other black ladies’ (who were standing around) startled stares. It’s night time, I was on my way back to my hostel from this Walmart nearby. This is a black neighborhood, the Garden District. But I was still surprised, as I was headed to the Wing Stop, searching for dinner myself.

I stepped inside the Wing Stop, expected to be saved from the unexpected unwanted attention. Immediately I saw this customer who was waiting for his order (Need I say that he’s black? Along with the employees who were fulfilling the take-out orders and cleaning the place up for closing?) rushed towards me, and before I could react, he reached out and held the door open behind me, for the clearly disabled lady who was hollering at me asking for food not a moment ago. I had almost shut the door on her. I escaped the Wing Stop, feigning indifference to their food options. As I was walking away, I saw that lady was getting some water from their fountain, and nobody thought that was anything but normal.

This person, who held the door for the poor and deprived lady to whom I had turned my back, made me ashamed but he also welcomed me, they all did. They had shown me the character of the place, the real character. I wonder who is the deprived one. 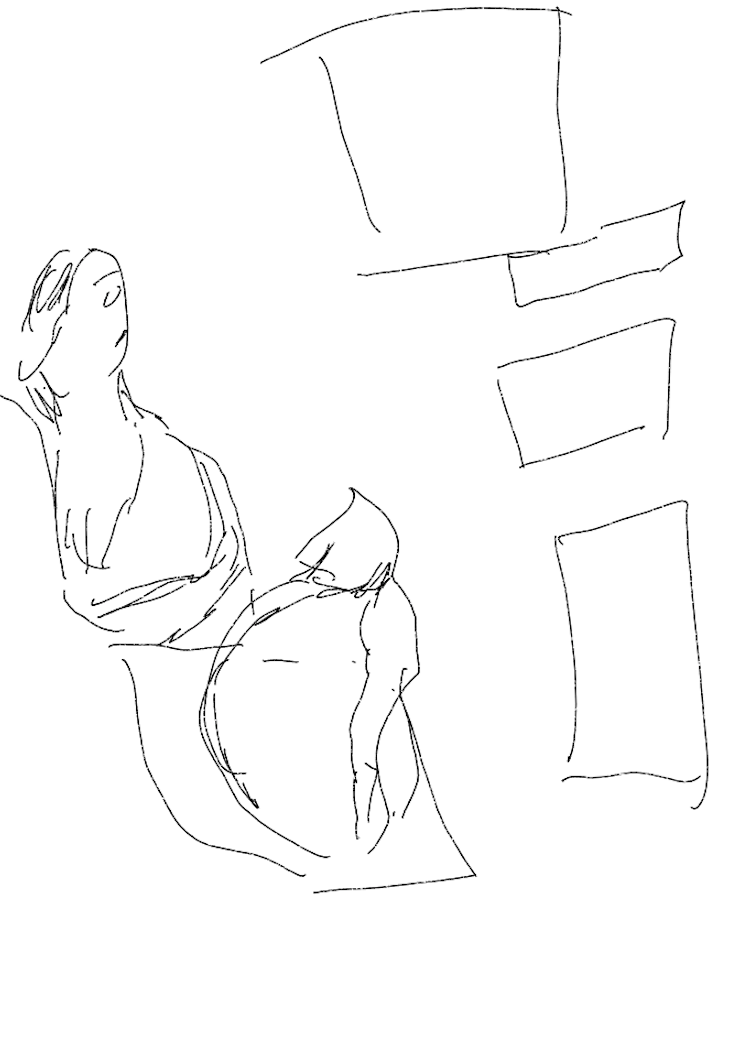 It’s a public place, so I thought I was safe. Safe to zone out and enjoy the Mississippi River to my left, and the Jackson Square to my right. After enjoying some impressive impromptu Irish pipe music dealt out by a street artist in full kilt, who was then discouraged by the silent but pointed circling of a police officer for further profit, I was amused and clearly rendered content by the never-can-be-fully-described beignets. Another person was sitting one seat over, what of it? I wanted to be quiet to soak in the good-cheers and merriment. That person was trying to pick a conversation with some other folks sitting on the other side, to no avail. They seemed to be ignoring him. Well, thank god more people want some peace and quiet in this cool French Quarter evening. Then he poked me on my arm.

We struck up a conversation. He’s a middle-aged man, quite handsome and he knew it. He listed his artistic explorations, did some impersonations. He asked where my husband was, I was on guard but as his story progressed, I realized that an artist can never truly lie. So we sparred, we picked something outta each other, I think I won in the end. Before we parted I gave him $20 so he could eat that night, and because he asked. He’s off again on his way to find himself and others. I wish him luck.