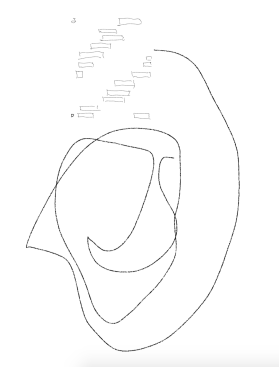 Stealing time, that’s how it feels to me. Since signing up the woman-fun-ride package I often get the sense that my body is not my own. Ever since hitting (didn’t see it coming for damn sure) puberty I’ve been facing the biological-firing-squad that just keeps on playing this little game of “Ready! Aim! Fire!”, except they keep the communication to themselves of course. Then I’d be down for awhile. Picking myself up is always a learning curve, can’t say I got the hang of it yet but there’s always the next time.

So I went to 日本 (Japan, yay!) at the beginning of December after consulting my very own periodic table making sure I wouldn’t be caught red-handed. What I forgot is that my body is rather like an amusement park it tends to break down under unexpected-traveling load. And why not just happen to happen on the night of our 温泉 (hot-spring) town stay. Nice body I got here, we are in sync like THAT. Guess I shouldn’t complain too much, there are perks in being zombified after all, the stomach becomes a bottomless hole, not to mention all the reactions with people become automatic due to the lowered input rate from the vastly over-rated consciousness. Go team! Of course I bathed in the 温泉 regardless. I figured it’s all organic matter anyway so I wouldn’t want to miss the one chance to do the unthinkable to the locals (It’s only a slow leak at that point, in case you are weirdly grossed out).

Then the firing-squad did it again at the end of the same month. For that I just want to say thank you, so much, for making me not caring as much (or at all) about how I should behave in the parties, in front of all the relatives. It’s just the perfect time of the year to be under the influence of low blood-sugar and low self-control. I had a blast at both occasions. It is the roller coaster ride that just keeps on flowing.

Like to travel, read, play cello etc. View all posts by hotsurf